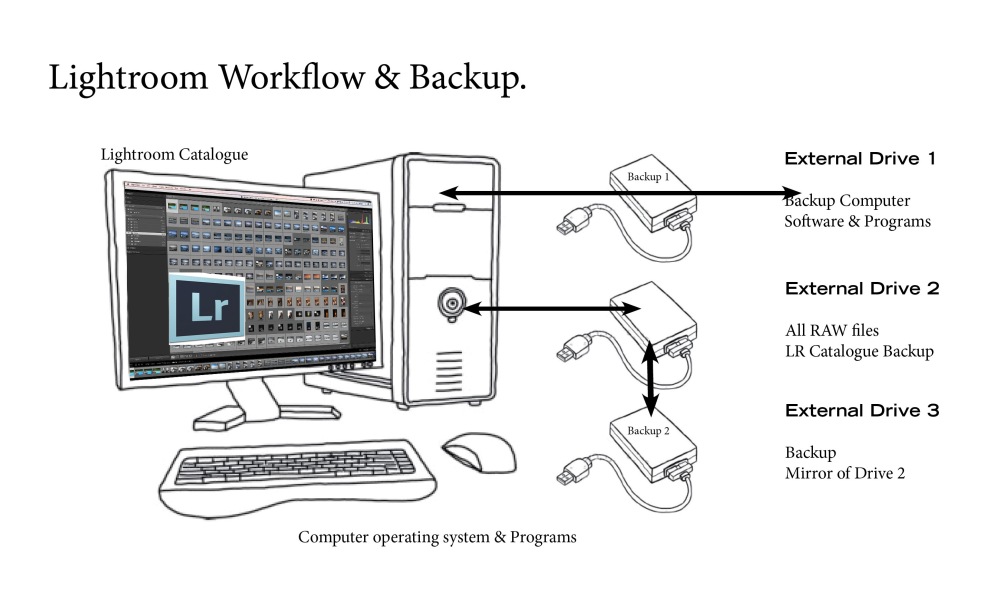 I ‘ve been asked about Lightroom best solutions for backing up and I though i’d share my method! This graphic best explains the setup. All my RAW images are uploaded to an external Drive ( Drive 2 ) that way my computer hard rive is clear of all large files. The Lightroom Catalogue which automatically stores on the computer hard drive. I have set create a catalogue backup every time I close down Lightroom. This can be  set in Lightroom’s preferences and I have this backup going to the external drive alongside the RAW files. On another Hard Drive ( Drive 3 ) I use a piece of software “SuperDuper” to copy everything on Drive 2. This gives me a mirror of Drive 2. I also have a backup of the computers Hard Drive  which goes to an external Hard Drive ( Drive 1 ). Let me know if you have other solutions that work for full belt and braces approach to backing up!! Mark

One thought on “Workflow and backUp”

View all posts by Mark Gorman